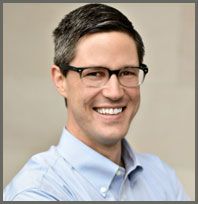 (360) 350-4747
This email address is being protected from spambots. You need JavaScript enabled to view it.

We are proud to announce that Bob has become a Principal at Kiley Juergens Wealth Management, LLC. Please help us in congratulating Bob for his achievement.

Bob was born in Ellensburg, WA, and after a very brief stint in Vancouver, WA (America's Vancouver), he moved with his family to Olympia. A graduate of Olympia High School, Bob attended Willamette University in Salem, OR. In 2007, Bob received his Bachelor of Arts in English. Prior to graduating he was hired by Willamette as Assistant Director of Annual Giving. In 2009, while continuing to work full-time for Willamette, Bob returned to school. In 2011, Bob earned his Master's in Business Administration from Willamette's Atkinson Graduate School of Management. Soon after, Bob moved back home to Olympia to work on his father's successful congressional campaign. In 2013, Bob joined Kiley Juergens Wealth Management, LLC.

Bob has achieved the designation of CERTIFIED FINANCIAL PLANNER™. As a CFP® Professional, Bob holds himself to a high level of competency, ethics and professionalism as a fiduciary and planner. Bob is a graduate of Leadership Thurston County, a member of the Olympia Rotary Club, serves as a board member of the Willamette University Alumni Association and is President-Elect of Olympia’s Hands On Children’s Museum.

When not at home in Olympia, Bob can be found at his family's cabin on Mason Lake, exploring the Pacific Northwest, and travelling with friends and family.